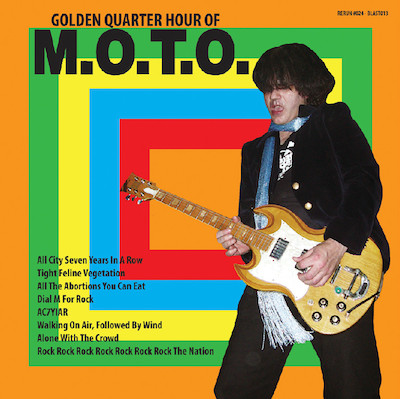 In the '80s-'90s, M.O.T.O. released numerous tapes that were filled with lo-fi recordings of fuzzy Garage Pop classics. Paul Caporino (aka M.O.T.O. aka Masters Of The Obvious) switched over to strictly full-band studio recordings some time in the late '90s. A new location and a renewed interest in his trusty 4-track has him back to his roots.

We've chosen our favorites from recent recording sessions and turned them into a must-own piece of vinyl. We've managed to squeeze eight big hits onto a 7"EP that clocks in at a whopping fifteen minutes! The release of this EP also kicked off M.O.T.O.'s Summer 2013 tour of China.